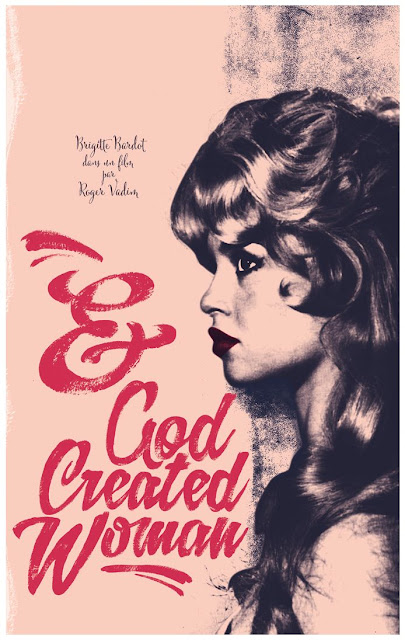 Fashion inspired by the film Dior:

"Everything I love, I've got right here. The
sea, the sun, the hot sand, music..." - Juliette
(From the film And God Created Woman)

This movie left a remarkable imprint on not only
my style but certain philosophies on life and love.
During the time when the movie was released it
was considered to be a very controversial film,
where the U.S. had Sandra Dee this movie and
Brigitte Bardot was the complete contrary.
This was both in a sense good and bad, the film
escalated Brigitte Bardot's image as a "sex kitten"
but the film's essence was far more than that
or at least how I interpreted it.  Personally, I do
feel it is best to watch the film in french than the
one dubbed in English.

The film is set in a small town in St. Tropez,
and the orphan Juliette (Brigitte Bardot) is
the main character setting the entire town
in chaos or so they thought.  In truth, the
film documents Juliette's wild life transformed
to live as societal as possible only to realize
she can not betray who she really is in
her core self.  What she finds to be natural
which is living cohesively with herself
and nature, the men within the film try
to corrupt that by mistakenly only seeing
her on the most surfaced and basis level
being only attracted to her sexuality.
This notion of who these men assume she
is leads to their own downfall and
even leading to her unfortunate self doubt. Where one
man (named Eric) tries to take over an entire town
by building a casino his descent is not done by the
other people in town trying to reason with him,
but instead his own selfish natural desire to simply own
Juliette which emphasizes his attempt to own and manipulate
nature and the landscape of the town.
How I took the film is that the wilds of nature won in the
very end, and by an unassuming motion.
Michel understand this about Juliette but
for Eric his pride and ego seems
to forget that and somewhat blinds him
of such a reality. Eric only understands this lesson
during the final realization that he has lost all through
the follies of desire. Where the entire town mistakenly wanted
Juliette banished, the person who should have left finally
exits with no one to blame but himself for his selfish greed
and going toe to toe with nature.

Although the subject is quite
weighty, the style within this film is something
to take notice in.  The fashion is very reflective
of the subject, natural yet powerful and no wonder
why fashion continues to be inspired by this film
today!

I would highly recommend this
film to watch, although I must warn the younger
audiences to please watch this film with caution
since it is a very controversial film in content
and yes even censorship.  I would suggest watching
this with an appropriate guardian or otherwise
just wait to reach 18. 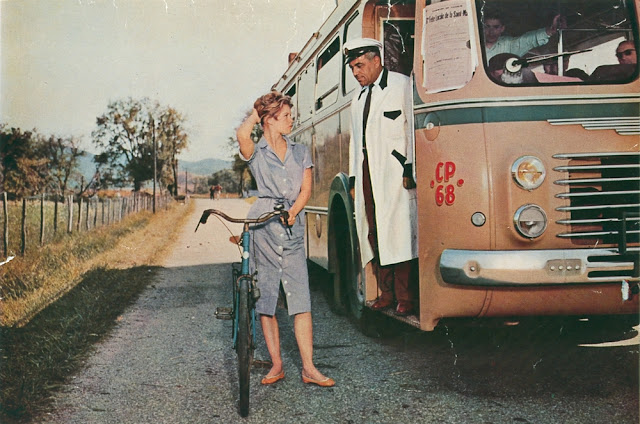 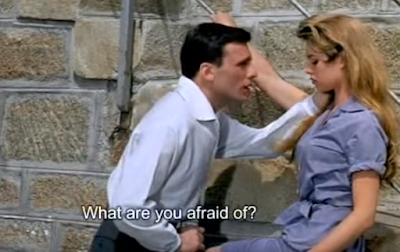 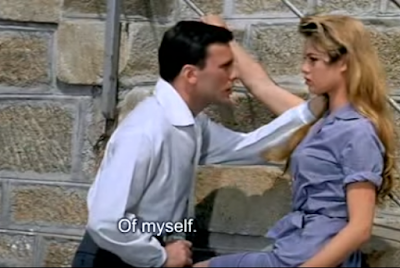 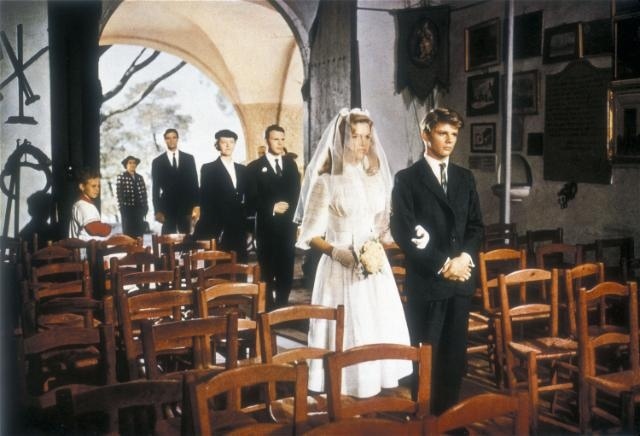 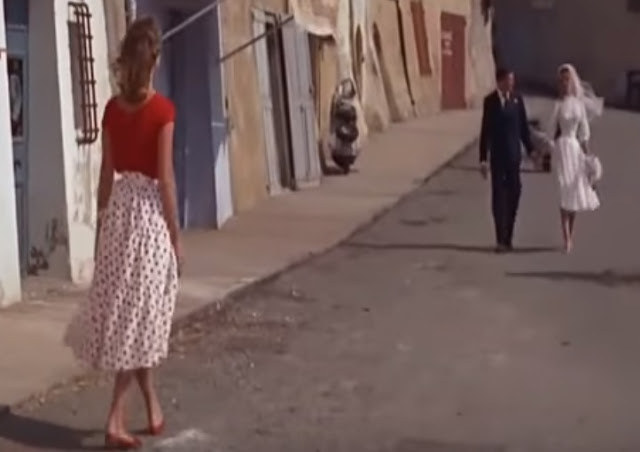 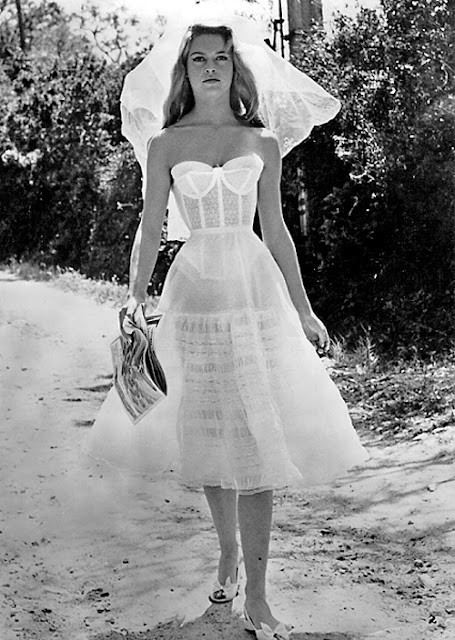 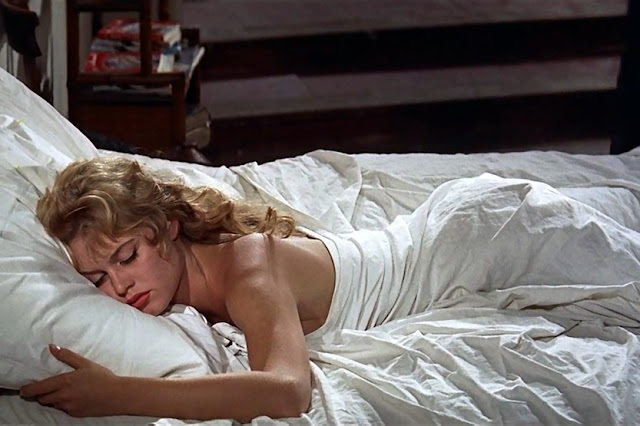 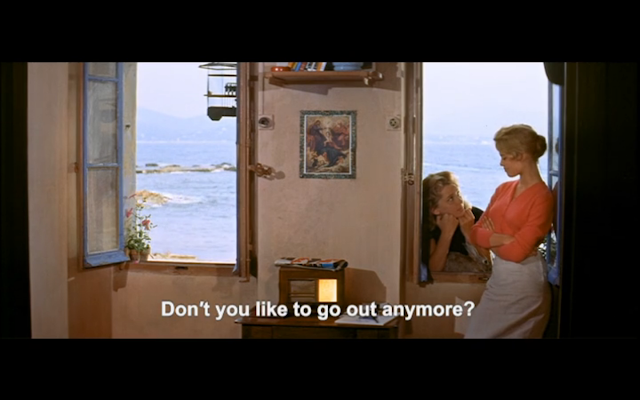 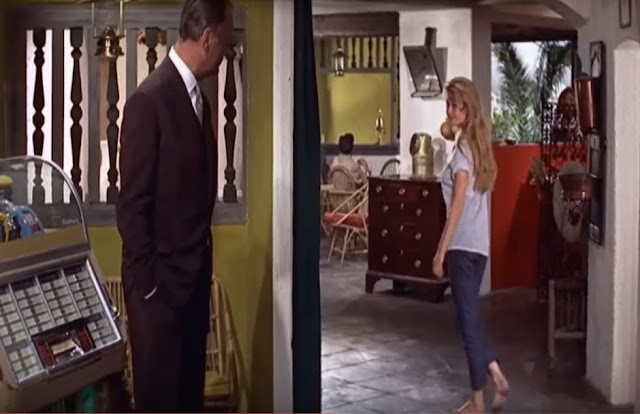 "Only the young are impatient." 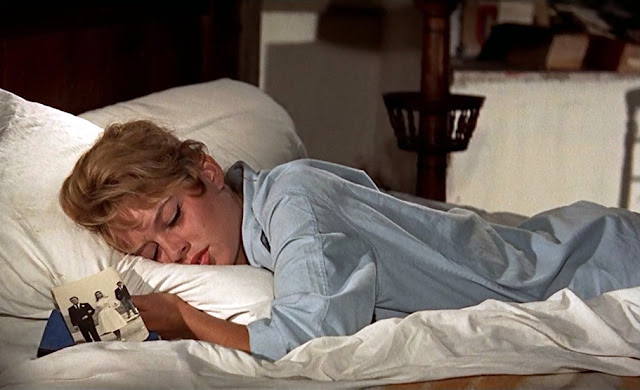 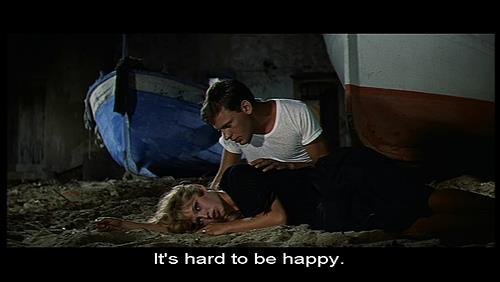 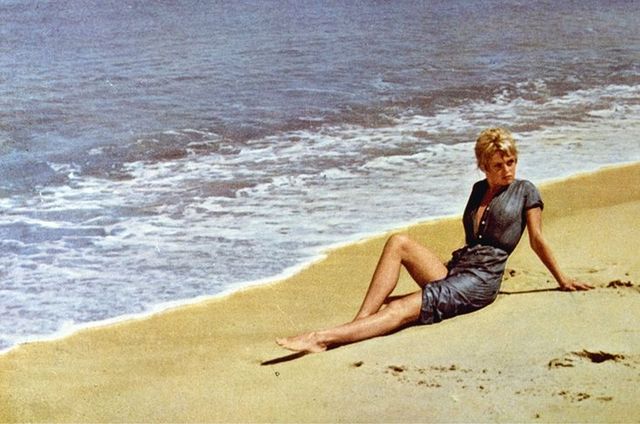 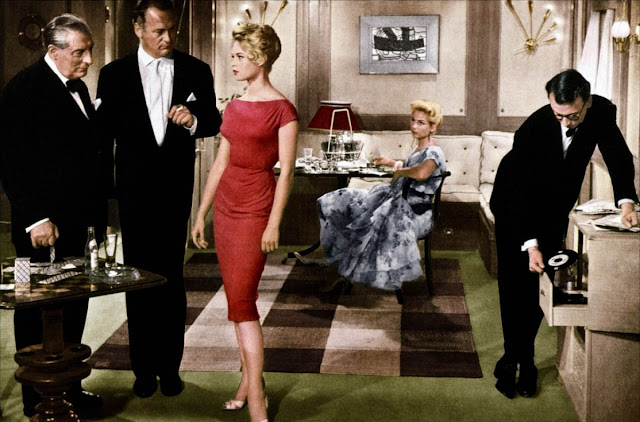 This red dress is my absolute favorite! 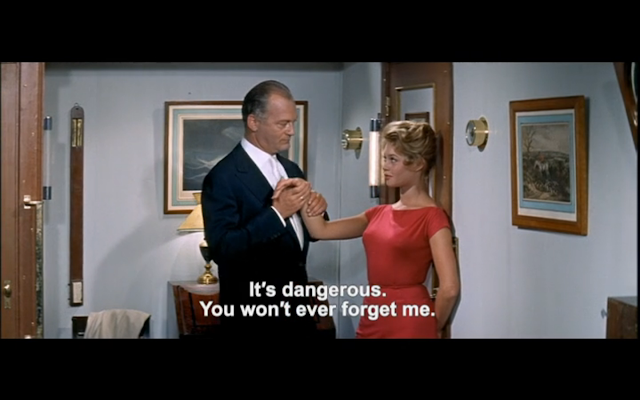 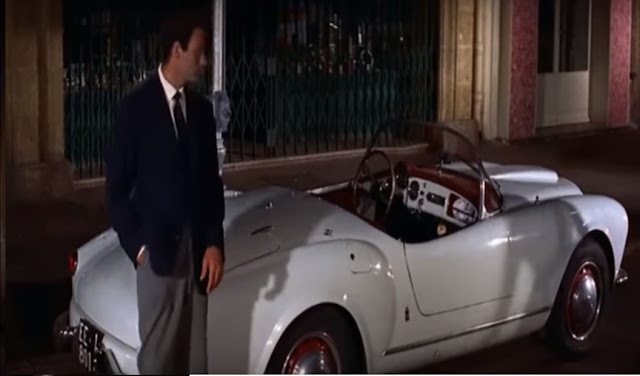 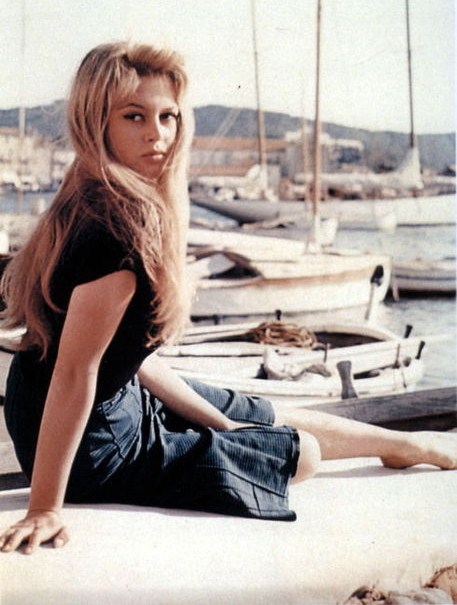 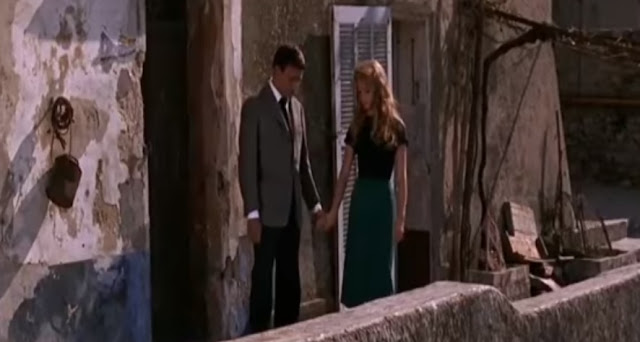 Some extra photos of Brigitte Bardot: 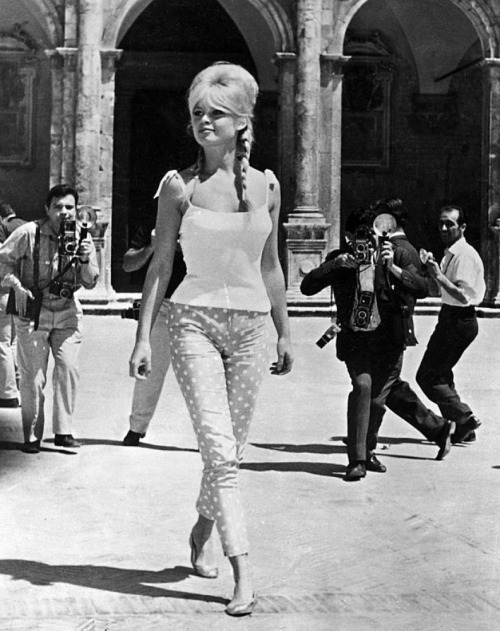 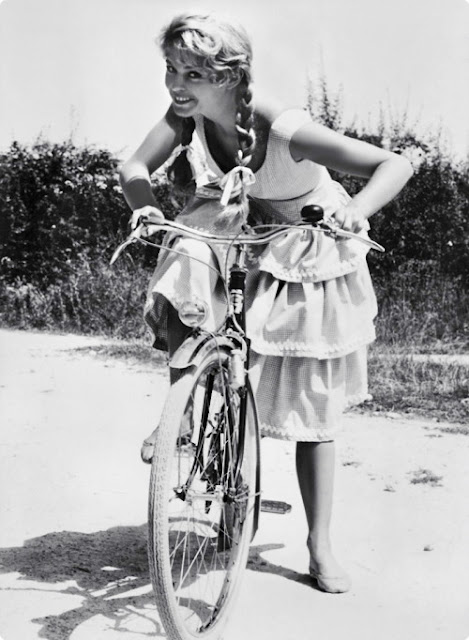 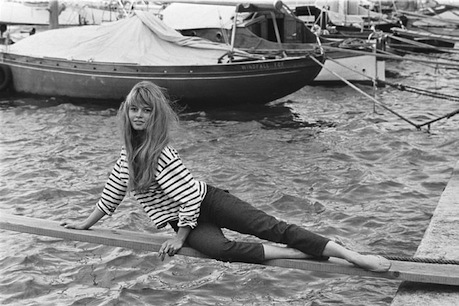 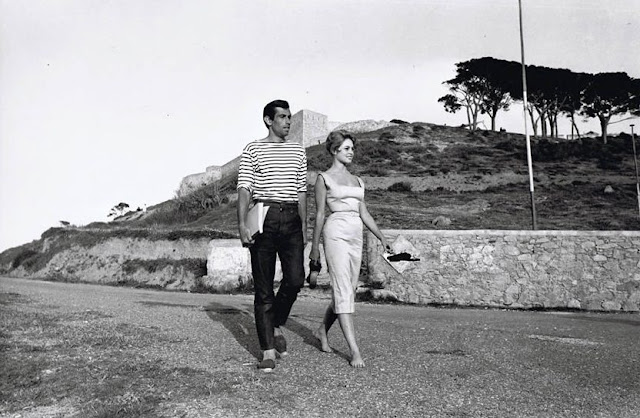 Google
Posted by Nerd With Heels